Page 82 - Convention, stabilization of greenhouse gas concentrations in the atmosphere at a level that would prevent dangerous anthropogenic interference with the climate system.
Appears in 836 books from 1940-2008
Page 83 - UNEP United Nations Environment Programme UNFCCC United Nations Framework Convention on Climate Change...
Appears in 87 books from 1991-2008
More
Page 184 - V. Dana, VM Devi, J.-M. Flaud, RR Gamache, A. Goldman, J.-M. Hartmann, KW Jucks, AG Maki, J.-Y. Mandin, ST Massie, J. Orphal, A. Perrin, CP Rinsland, MAH Smith, J. Tennyson, RN Tolchenov, RA Toth, J. Vander Auwera, P. Varanasi, and G.
Appears in 8 books from 2005-2008
Page xvi - This brings up the nightmarish thought that if the chemical industry had developed organobromine compounds instead of CFCs — or alternatively, if chlorine chemistry would have run more like that of bromine — then without any preparedness, we would have been faced with a catastrophic ozone hole everywhere and at all seasons during the 1970s, probably before the atmospheric chemists had developed the necessary knowledge to identify the problem and the appropriate techniques for the necessary critical...
Appears in 11 books from 2001-2007
Page 33 - National Institute of Advanced Industrial Science and Technology (AIST...
Appears in 15 books from 2003-2007
Page 3 - Protocol is an amendment to the United Nations Framework Convention on Climate Change (UNFCCC). Countries that ratify this protocol commit to reduce their emissions of carbon dioxide and five other greenhouse gases, or engage in emissions trading if they maintain or increase emissions of these gases.
Appears in 11 books from 1998-2008
Page 2 - The Montreal Protocol stipulates that the production and consumption of compounds that deplete ozone in the stratosphere — chlorofluorocarbons (CFCs), halons, carbon tetrachloride, and methyl chloroform — are to be phased out by 2000 (2005 for methyl chloroform). "Polluter Pay" Principle The "polluter pay" principle requires polluters to pay for the pollution they discharge.
Appears in 14 books from 2003-2008
Page 85 - Safeguarding the ozone layer and the global climate system. Issues related to hydrofluorocarbons and perfluorocarbons.
Appears in 25 books from 2005-2008
Page 2 - The Montreal Protocol on Substances that Deplete the Ozone Layer is a landmark international agreement designed to protect the stratospheric ozone layer. The treaty was originally signed in 1 987 and substantially amended in 1990 and 1992.
Appears in 6 books from 2003-2007
Page 32 - McCulloch, A. (2000) A history of chemically and radiatively important gases in air deduced from ALE/GAGE/AGAGE. J. Geophys. Res., 105D, 17751-17792.
Appears in 20 books from 2001-2008
Less

Alain Tressaud is Emeritus Research Director at ICMCB-CNRS, Bordeaux University. He is President of the European Academy of Science in Brussels and member of several European academies. He founded and chaired the French Network on Fluorine Chemistry, sponsored by CNRS, until 2008. He has received several awards, including the CEA Award of French Academy of Sciences (2008), the Fluorine Award of the American Chemical Society (2011), and the International Henri Moissan Prize (2013). His scientific interest covers various fields, including synthesis, physical chemical characterizations, applications in fluorine chemistry, solid state chemistry, and materials sciences. His work also deals with surface modification of materials and intercalation chemistry. Professor Tressaud’s scientific production includes more than 360 papers in international journals, 20 book chapter contributions, and 12 internationalized patents. He has also edited several books in his role as editor-in-chief of the series “Advances in Fluorine Science (2006) and “Progress in Fluorine Science (2016) with Elsevier. 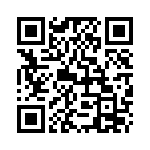