When published in 2000, the "Scenarios for a Clean Energy Future" report was the most detailed scenario analysis of potential U.S. carbon emissions reductions ever funded by the U.S. government. It was discussed at the 6th Conference of the Parties to the United Nations Framework Convention on Climate Change in the Hague in November 2000.
Its predecessor study was written by Marilyn A. Brown of Oak Ridge National Laboratory and Mark D. Levine of Lawrence Berkeley National Laboratory., titled "Scenarios of U.S. Carbon Reductions: The Potential Impact of Energy-Efficient and Low-Carbon Technologies". It was cited by President Clinton as providing a foundation for supporting the U.S. goal for greenhouse gas reductions proposed at the 1997 Kyoto summit on global climate change.
Both studies have excellent information on the state of the U.S. energy economy in the late 1990s and the opportunities available at that time to reduce carbon dioxide emissions. These studies developed the concepts of energy-efficiency and CO2 abatement supply curves. 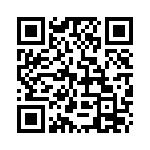