Page 241
It too has established several series , one being Edinburgh Readings on the Ancient World , in which the volume edited by P.J. Rhodes , Athenian Democracy , has appeared . ? This is a collection of already - published articles , many of ...
Page 282
The second section of this chapter deals with political institutions , and begins by noting the phenomenon of generalised democracy , the authenticity of which Gauthier is willing to defend . He outlines the areas for action of ...
Page 394
Athenian Democracy , Edinburgh Readings on the Ancient World , Edinburgh University Press , Edinburgh 2004 , XVII + 358 pp . , 3 maps . Paperback . ISBN 0-7486-1687 - X R. Rollinger and C. Ulf ( eds . ) , with the collaboration of K.

20 other sections not shown 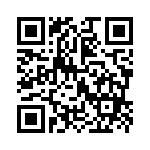