Mike has worked as a pharmacist but focuses his attention on sports nutrition, researching the specifics of energy partition and selection during exercise.

His research led him to believe that honey could be the Gold Standard fuel for forward provisioning the brain, via the liver, during exercise and stocking up for recovery.

Mike lives in Edinburgh with his wife Theresa. They have four children: Christine, Stuart, Graham and Janet and three grandchildren: Oskar, Rob and Isla, all of whom love honey 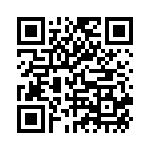