A financial book that is different than most I have read. Kiyosaki believes in the power learning other strategies than what many of us have learned. If you are a Dave Ramsey disciple this book probably is not for you. Read full review

Real estate is the way to make money and not with your money. This is a good guide to learn from alright it could be made a few pages shorter. He repeated . Read full review

Robert Kiyosaki was born and raised in Hawaii, and is a fourth-generation Japanese-American. He attended college in New York, and after graduating, joined the Marine Corps and served in Vietnam as an officer and helicopter gunship pilot. After the war, Robert worked for the Xerox Corporation as a salesman. In 1977, he started a company that brought the first nylon Velcro 'surfer wallets' to market. In 1985 he founded an international education company that taught business and investing to students throughout the world. In 1994 Robert sold his business and retired at the age of 47. During this somewhat short-lived retirement, Robert, collaborating with co-author Sharon Lechter, a C.P.A. and his business partner, wrote the bestselling book "Rich Dad, Poor Dad". 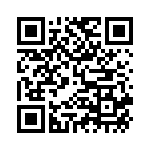