Anne-Meike Fechter 's early work focused on Euro-American corporate expatriates in South East Asia. The resulting monograph, entitled Transnational Lives: Expatriates in Indonesia (Routledge 2007), analyzes Euro-Americans working in Jakarta within the context of transnationalism and globalisation. More recently, she has begun a research project on aid workers as mobile professionals with particular regard to Cambodia, which follows their careers, life courses and experiences of place while on an overseas posting. She is also editor, with Anne Coles, of the volume Gender and Family among Transnational Professionals (Routledge 2007), and with Katie Walsh, of a recent special issue of the Journal of Ethnic and Migration Studies (2010) which presents studies in the framework of Post/colonial Encounters: Expatriates in Comparative Perspective.

Heather Hindman started her academic career as a scholar of Nepal. Early work on elite ethnic organizations in Kathmandu elided into an interest in the foreign diplomats and aid workers with whom they often socialized. In a forthcoming book, Hindman explicates the social world of expatriates in Nepal as an example of the hidden actors of globalization. In addition, she has published on the influence of U.S. foreign policy on aid priorities, the training of expatriate personnel, the essentialization of culture and the hidden labor of elite transnational women. She frequently presents on her current research on the outsourcing of specialized services and the transformation of risk onto global laborers. In addition, she is active in refugee support, the Transnationalism Project at the University of Chicago and the Graduate Consortium on Womenrsquo;s Studies. 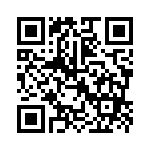