Bereket H. Selassie is an Emeritus Distinguished Professor of African Studies and Professor of Law at the University of North Carolina at Chapel Hill. His Memoirs, The Crown and the Pen (2007), relates the story of a man who straddled two worlds—a progressive lawyer and Attorney General of Ethiopia’s Emperor Haile Selassie. He thus struggled for justice within an archaic system, bedeviled with imperial Court intrigues. He was banished to a distant province, and eventually escaped to his native Eritrea where he joined the armed struggle for independence. His Memoirs as well as his novel, Riding the Whirlwind (1993), paint a dramatic picture of a tumultuous life saddled with tension involving opposed ideas and forces. Out of Africa, Selassie settled in America and began an academic life, writing over a dozen books, including works of fiction. Defiance...is his third novel. He was appointed to head a Constitutional Commission that drafted a new Constitution of Eritrea. 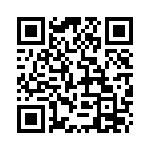