Anthony Mukwita is an accomplished, award-winning, Zambian writer who has won a World Bank Investigative Journalism Award that saw him get attached to the prestigious Bureau of Investigative Journalism (BIJ) in London, United Kingdom, in 2012. He worked as managing director for Zambia's largest-selling daily newspaper, the Zambia Daily Mail, whose transformation he was key to. He holds a master of professional communication with high distinctions from Australia's Edith Cowan University, where he studied full time before proceeding to work as a correspondent for Bloomberg. At the time of writing the book, Mukwita was the deputy ambassador at Embassy of Zambia in Stockholm, Sweden, where he lived with his wife, Elaine, and two children, Lubinda and Lushomo. Mukwita has widely in Zambia and abroad, a prolific and colourful writer, the Zambian-born journalist brings to the literally world an extra body of knowledge and flair previously absent in Zambia and Africa's history. 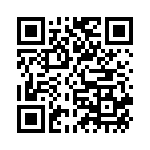